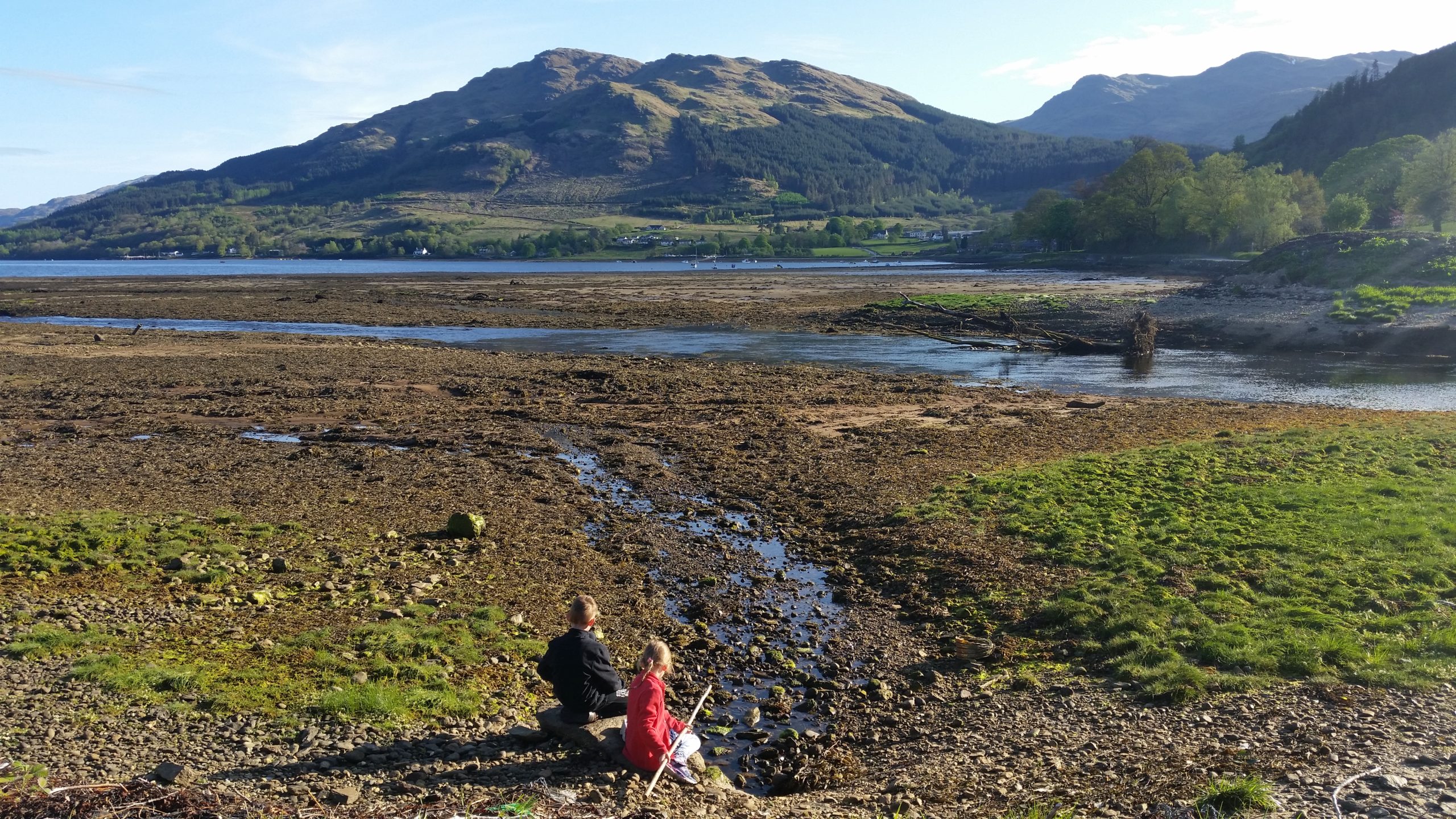 Yesterday marked a week without any deaths due to the dreaded COVID-19 virus in Scotland. Long may it continue and a full and speedy recovery to each and everyone, who is infected and affected. The health situation is always on our minds these days. Here a link to the BBC Scotland website with some statistics.

Now, off to the Scottish islands. Today reads a wee bit like the table of contents for the blogs to come and opens some routes for exploration.

First, what’s in a name? Gaelic, the Celtic language of the Scottish Highlands and Islands, has many words for the multitude of different island we can find. An island’s name hints at the island’s location, geologic make-up, use through time, relation to the ever-present sea. Many islands’ names come from the Old Norse language reminding us of early raiders and settlers. The meaning of some names might go back to even earlier visitors and observers, who spoke of ‘Winter Isles’ (Hibernia for today’s Ireland). Does this name also refer to the Outer Hebrides or Eboudai? I like this theory of the sleeping islands on the edge of the world, playing their part in the 21st century. Even the names on the map open up journeys through time, into poetry and imagination. How exciting the study of the origin of words must be?!

I learned English through lyrics of songs and, less successfully, I’m now learning Gaelic through the names of places. The journey continues.

How many islands are there in Scotland? If you visited one island a day, it would take you more than two years. Visiting the 94 inhabited islands is quicker, but whilst there why not stay a while – travel deeper. There are some 790 offshore islands, plus islands in lochs (sea lochs and freshwater lochs or lakes) and firths (river mouths like the Firth of Forth, Firth of Clyde and Solway Firth).

Let’s take Loch Lomond, the loch with the largest surface area in Britain. It transformed from a sea loch (a mini fjord) to a fresh-water loch some 10,000 years ago. When it comes to islands locals say ‘there’s an inch for every mile’, at least. According to my loyal Gazetteer, the loch is 24 miles / 39 km long and islands are called inch (located in lochs and rivers). I love the story of the floating isles, which mysteriously vanish (with high water levels). Incidentally, the name for the area around Glasgow airport is Abbotsinch, hinting at an island in the River Clyde, swept away by industrialisation.

Then we have Arran, Bute, the Cumbreas and Isla Craig or Paddy’s Milestone half-way between Glasgow and Belfast – in the Firth of Clyde.

There are not many islands on the East Coast of Scotland, but the Firth of Forth is home to more inches, Inch Garvie, Inchcholm, Inchmickery, Inchkeith and others. Further east we find Fidra (Robert Louis Stevenson’s Treasure island?) Bass Rock and the Scottish Seabird Centre. The German word for gannet is Basstölpel, referring to Bass Rock. Is the Isle of May, off the coast of Fife, long lost Avalon?   Talking of Fife, let’s not forget Loch Leven and the island where Mary, the ill-fated Queen of Scots, was imprisoned. From a dramatic chapter of history to the raw drama of nature and Bell Rock with its famous lighthouse. I’m getting carried away …

Did I tell you that Scotland’s theme for 2020 is the ‘Year of Coasts and Waters’?

Back to the West Coast – our Scottish Atlantic Oceania. From the gateway to the islands in Oban we reach the world of the Inner and Outer Hebrides. From Mallaig, further north, we can travel to the small isles of Muck, Eigg, Rum and Canna. In the 1990s the Isle of Skye was connected to the mainland by a winged bridge. For centuries the Lords of the Isles lived in their own island kingdom and were a thorn in the eye of the King of Scots on the mainland – fascinating history, which can still be felt today. The Lords of the Isles share some ancestry with the Norsemen, but also kept the raiding Vikings at bay. In 1266 the islands to the West of the Scottish mainland ‘legally’ changed hands from the Norse to the Scottish crown, but the Lords of the Isles lived on for a few more centuries.

Perhaps the maritime prowess of the Lords of the Isles lives on with our Caledonian MacBrayne or CalMac ferries – today’s lifelines to the islands. Check the latest status here.

I can’t leave the west coast without mentioning St. Kilda, abandoned by its community in 1930 and now Scotland’s only dual UNESCO World Heritage site. A few years ago, I was fortunate to be able to visit St. Kilda and will share my memories and photographs here in a few days’ time.

Last, but not least, our two island groups off the North Coast of Scotland – Orkney and Shetland. Recently, a law was passed which banned Shetland being boxed in on the map and moved south. Whereas Orkney is within sight of the North Coast of Scotland, Shetland lies half-way between Scotland and Norway. Both Orkney and Shetland were a dowry to the Scottish King in 1468 when he married the daughter of the then King of Denmark and Norway. Both very distinctive in their own right – Orkney is as rich in archaeology as Egypt – Shetland, a heaven of wildlife and dramatic scenery. Shetland was the place where I first saw big colonies of puffins and I still watch them on the webcam. Incidentally, the webcam is sponsored by NorthLink Ferries, which connects Orkney and Shetland to Aberdeen. Check the latest status here.

My travel companion, Hamish the sheep, reminds me to point out that the summer isles found in many places were perfect for summer grazing. There he learned about the Soay sheep, his wild, feral cousins. Look at the map and you’ll notice many small islets bearing the name Soay. It is said the Vikings left their sheep on these islands as provision, whilst they went off to viking – travel and raid.

The census tells us that the population in the Scottish islands grew by 4% between 2001 and 2011 and is home to just over 100,000 people. I wonder how the new virtual world will influence this development. The population of the Hebridean Islands fared relatively well during the current pandemic. There was a cluster of infections in a care home on Skye, which was quickly brought under control. Unfortunately, Shetland became one of the early hotspots when a local family had caught the virus during a skiing holiday in Italy. No doubt, the people of Orkney, were grateful to their new state-of-the art hospital. Everyone travelling to Orkney (on NorthLink Ferries, Pentland Ferries and Loganair) will be given a letter of welcome and warning from Orkney Island Council with guidance from the National Health Service (NHS). Let’s protect our rural areas.

One island keen to welcome visitors is Arran – Scotland in miniature. This is where we will go tomorrow.

Remember RavingScotland is good to go and ready to go for private walking tours in Glasgow. Group sizes depend on current government guidance. https://www.gov.scot/coronavirus-covid-19/

Get in touch – socially distanced – by e-mail.

Hot off the press: We had our first enquiry yesterday. A group from Switzerland is planning a city tour in Glasgow and a day trip – in their own vehicle – for the beginning of September. Calmly and cautiously, yet with open arms, we extend our warm welcome.