Finding Raymond, or a love letter to the Magic of the Orkney Isles – by Marita Lück

Finding Raymond, or a love letter to the Magic of the Orkney Isles – by Marita Lück 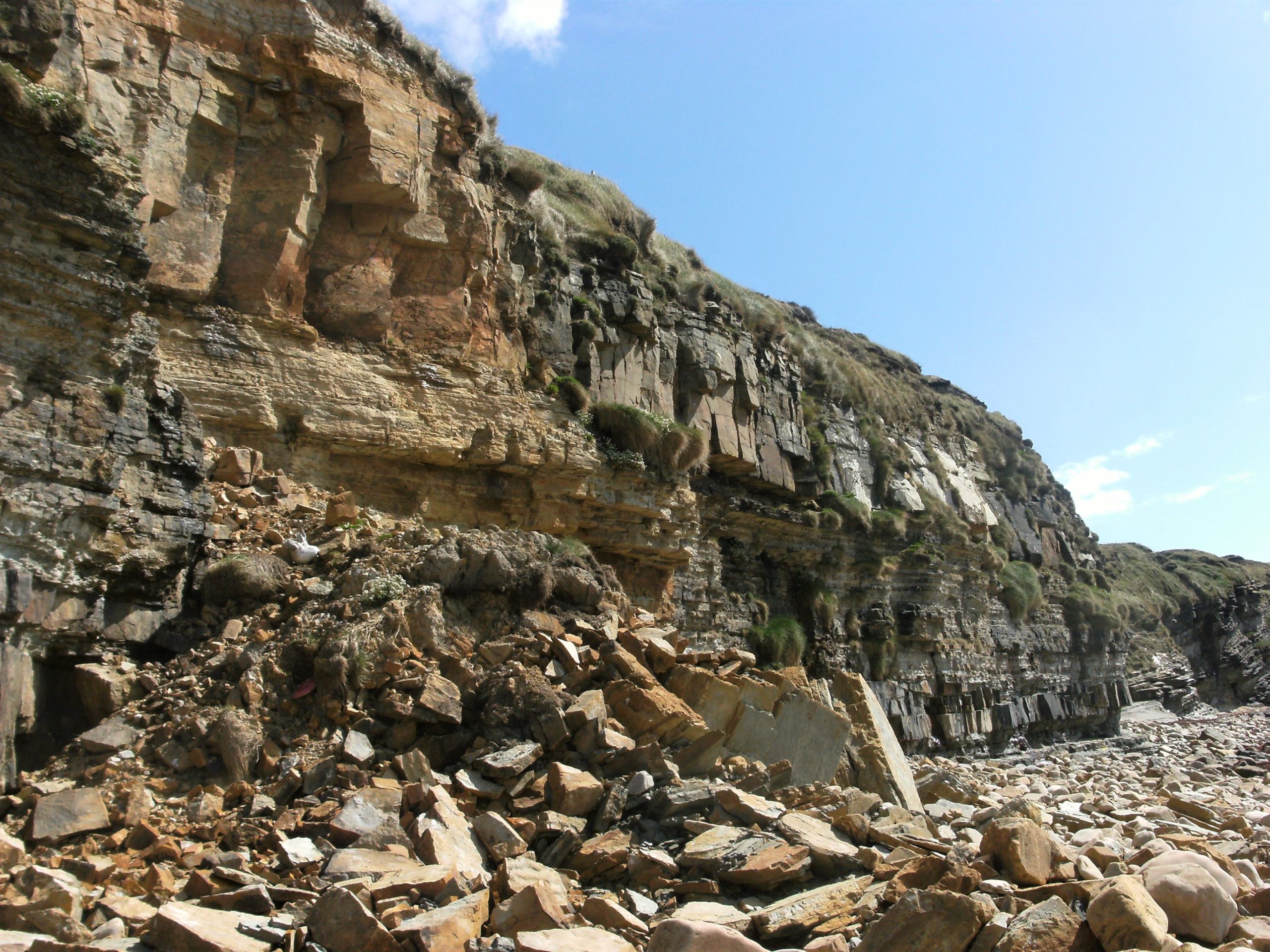 Marita asked me to up-date her wonderful story and gives us a good reason to read it (again).

Our Island Dream 2020 continues. Today we have a special treat from an island storyteller … over to her.

I love Viola’s idea of a virtual tour around the Scottish Islands, and I feel very honoured that she asked me for a contribution from Orkney. Like Viola, I came to live in Scotland from Germany, over two decades ago. I am a traditional storyteller, and Scotland is the land of my dreams forever, with its amazing landscapes, dramatic history and ancient folktales that are still told ”from eye to eye and heart to heart”.

Living in Orkney is a blessing: friendly neighbours who help each other out at the best of times, let alone the worst; plenty of lush green pastures, wide open spaces, vast skies that reach down to touch the ground; breathtaking views all around.

Let me tell you about one of my favourite walks along the shore near my home on the island of South Ronaldsay. It is a walk far off the beaten track – a walk only for the sure-footed, even on the sunniest of days. I must confess that I only began to explore it in April this year – we are so spoiled for choice of walks here in Orkney! All the walks along the cliffs and beaches of our islands are spectacular in their own right. After all, we have over a thousand miles of coastline.

My walk starts at Sandwick Beach. The track that leads down to it is privately owned by very nice people. They look after the beach really well and even discretely put out collection points for plastic debris that drifts in from the sea, just in case you care to collect a bit of it while you enjoy your walk.

There is barely space for parking one single car directly by the beach, but everyone is welcome to clamber down over the big dinosaur-egg-shaped pebbles, to enjoy the golden sand, the views across the wild waters of the Pentland Firth and, in early summer, the cutest baby ducks braving the waves. This secret gem of a place is only a 30 minute walk on a single track road from my home. Did I already say that I feel so blessed to live here?

If you wish, you can join the public coastal path from the South end of this rather bijou, but perfectly formed beach, and walk on top of the cliffs for hours and hours to Burwick, the South tip of South Ronaldsay. The path is the safer option, although you still need to watch your feet, as it often veers very close to the cliffs. In the summer, you will be closely watched by ravens and puffins and fulmars and bonxies (an Orkney and Shetland term for great skuas), to name just a few of the hundreds of species of birds that pick Orkney as a place to rear their young.

I for one prefer to go along the bottom of the cliffs, rather than following the grassy public path above. The variety of geology you see near the ocean’s edge blows my mind, time and time again. The Orkney sedimentary rock goes back 400 million years to the Devonian era. It contains fish fossils and comes in many shapes and colours, from black to grey to pink to orange to white. Often, I have to put my foot carefully on one of the enormous pebbles rounded and smoothed by the sea, and then find the next pebble that looks safe enough – these are the big dinosaur-egg-shaped ones I mentioned before. Needless to say that they do not originate from dinosaurs – they just look like they do. There are also stretches of black or grey flat rock surfaces in geometrical patterns, and the walking is easy when you get there – until you reach a steep edge that seems to end in a sheer drop into thin air, only to find that you can climb, or even step down over the edge like on a man-made staircase. And then you may need to walk across a field of small pebbles that make your ankles ache – never attempt this walk without sturdy hiking boots. And never – never ever! – trust a rock that looks wet, or try to walk on the slimy seaweed. One slip and fall can seriously hurt you, and there is no guarantee that you will be found and rescued.

Now, I already mentioned the rubbish collection points at the beach. I always bring my own old plastic bag on every walk. Ironically, it originates from one of the well known supermarket chains who printed a slogan on this bag: “No time for waste”. Except, I have a lot of time for the waste that drifts ashore. Most of it is tiny, and all of it is easy to spot among the natural colours of sea and sand and rock: bright green snippets of plastic string are the first to catch the eye, but you soon come across strings of all sorts of cheerful artificial colours, and of all sorts of length and sizes, tempting you to create your very own rainbow from string.

The most enormous rope I discovered resembles a huge octopus, watching like a gate keeper over the end point of my walk. It sits on top of a steep drop that only an experienced mountaineer would be able to climb down on the other side. Often the surge of the sea has wrapped the ropes and strings around the rocks very tightly, so I bought cheap secateurs to cut off the colourful strings that are thin enough to be cut. And what can I say: the more you look, the more you find. The multitude and variety of other bits of debris never ends, but I do not intend to bore you with all the drink bottles, shooting cartridges, ripped fishing nets, flip-flop sandals, pretty plastic flowers,  toothbrushes, and so on and on and on.

Instead, I’d like to introduce you to Raymond. Strictly speaking, Raymond is a piece of debris too, but only if you regard him as one of the many bits that constantly drift ashore from the mighty Pentland Firth – the narrow stretch of ocean that began to separate Orkney from the North tip of Scotland around 8000 years ago, when the sea levels rose due to the melting of the glaciers that once covered the land.

Now the Atlantic from the West, and the North Sea from the East of Orkney meet and mingle in the Pentland Firth, and create the most dangerous waters in the world, with whirlpools and tidal currents that only the most skilled of skippers can navigate. These are the waters, still crystal clear, that gnawed away at our archipelago, chewed this formerly huge single land mass to bits and fractured it into the 70 or so islands that are still above sea level: Orkney started as one big island, many millennia ago, and still becomes smaller every year due to erosion from the wind and the waves.

Meeting Raymond on one of my walks along these crumbling shores felt like a joke from a higher power – like an expression of the inexplicable humour of the Universe. My bags were heavy on that day, filled with the rubbish I had become obsessed with. Collecting it was always a pleasure, never a burden – especially because I find gifts from the sea that helped me carry it back to the beach collection points: my favourite – apart from the guardian Octopus rope, and of course Raymond –  is a voluminous red bucket.

I never cease to be surprised at how quickly it fills up with the other plastic bits that desecrate delicate inlets and their tiny waterfalls, with bees humming around the spring flowers – enchanted places of peace and wonder, hardly ever visited by a human being. To me, they feel as though they are still inhabited by the “Little People”, the fairy folk from our traditional tales. Every day, I venture a bit further along the coast. Every day, I discover another of these magical places that are good for the soul, as soon as the rubbish that polluted them had vanished into my bags and buckets.

The cliffs above the shore are not too spectacular on this walk, at least not when you compare them to the much taller ones at Marwick Head or Yesnaby on the Orkney Mainland, or the tallest cliffs in Britain near the Old Man of Hoy, or the picturesque ones by the Tomb of the Eagles, where the people buried the bones of their dead over 5000 years ago, here on South Ronaldsay. But the cliffs all crumble. They can kill you, whether you walk too close to the edge at the top, or scramble along the shoreline below, as I do.

I discovered it after I had cleaned up the most magical inlet: only a fraction of a mile further along the shore, there was a cliff that looked as if it had collapsed just a few hours, or maybe a day before. It must have fallen so quickly that even the gull that was nesting there could not fly away. The poor bird’s head was crushed under one of the many enormous and sharp-edged boulders that had come tumbling down.

And I thought to myself, better only walk along these shores at low tide, as far away from the cliffs as possible, when the salty waters reveal the “ebb” – the stretch of land that lies between the high and the low tide marks, neither here nor there, betwixt and between the land and the sea.

And then, on my way back, I found Raymond. He was white and just sat on a rock in the “ebb”, where, according to the traditional folktales I love so much, you can meet fin men, mermaids, sea trows and selkies. Have you heard of the selkies? They are wondrous creatures that live in the deep green depths of the waters as seals, but can change into human shape when they come to visit us on dry land. I must have walked past Raymond before, not noticing him, maybe because my eyes were focused on the plastic strings that wrap themselves around the pebbles below my feet. Raymond, the safety helmet. Forged from hard white plastic, with the name “Raymond” printed on his forehead. Raymond was wet but otherwise fine, ready to protect his bearer from any future falling rocks. He must have fallen himself, off a ship in the Pentland Firth – only the Universe knows when, why and how. And then he drifted ashore right here, at this place and at this time, almost as if he was meant to be found – by me?

Raymond is in a safe place now. When I picked him up and smiled at him, it was as if I felt the smile of the Universe – or perhaps I heard a faint echo of the “Little People”, giggling and thanking me for cleaning up their enchanted spaces.

Did I tell you that Orkney is always full of surprises, no matter where you go?